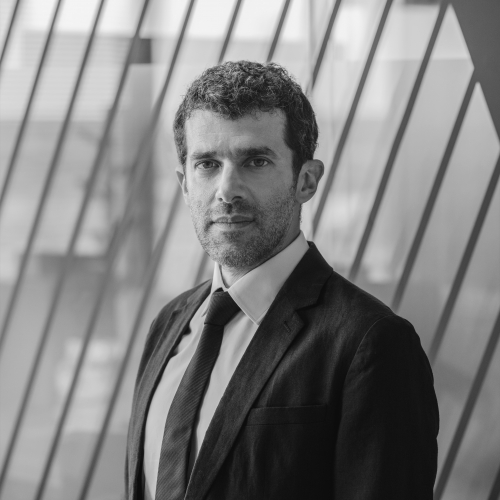 Alexandre Viros, 44 yo, started his career in higher-education and research before joining  the Boston Consulting Group in 2024.

Four years later, he joins the Strategy Department of Groupe Fnac at the time it launches its

Four years later, he moved to the strategy department of the Fnac Group, at a time when it was launching its multi-channel transformation strategy in response to competition from online retailing, which was impacting its traditional markets. In 2010, he was appointed Director of Music and Recordings at Fnac. In 2012, he takes the head of France Billet, the group's ticketing subsidiary, and in 2016, he is named marketing and e-commerce director.

He joins the Executive Commitee of the Group FNAC, soon to become Fnac Darty.

In February 2018, he joined the SNCF as Managing Director of Oui.sncf, the SNCF group's shopping website and France's leading e-commerce website, which was then undergoing a major transformation. He will be responsible for several key innovations, including the deployment of the Assistant SNCF app, the first platform to bring together all mobility solutions (train, VTC, metro, bus), downloaded by 16 million people. As a member of the SNCF Mobilités Comex, he became CEO of e.voyageurs SNCF in 2018, which brings together all the SNCF's digital solutions.

In September 2020, Alexandre Viros will take over as head of the Adecco Group in France.

With a degree in philosophy and a diploma from Science Po, he also holds a DEA in cognitive sciences from the Ecole des Hautes Etudes en Sciences Sociales.

Alexandre Viros is also a director of Hermès International.