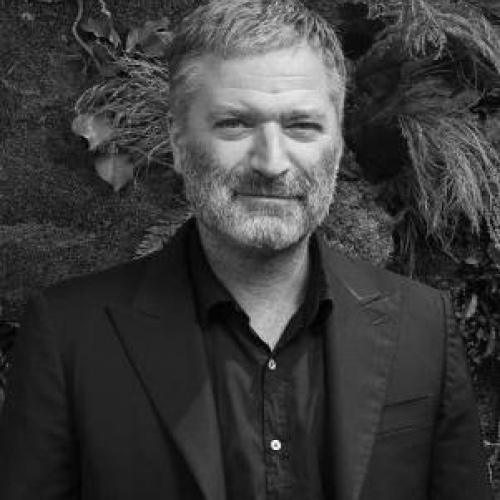 "I am very happy to chair One to One Retail E-commerce, and especially this year which promises to be on the edge between crisis(s) and recovery. Our industry has been able to adapt; it must now bounce back, with ambition and responsibility. The leadership and excellence shown by the One to One are without a doubt the best allies in the market to accelerate in this direction."

Born in 1978 in L’Isle-Adam, in the Paris region, nothing in his background predestined this blues and jazz enthusiast to enter the business world. Nevertheless, in 2006, Bris Rocher joined the company that was founded by his grandfather to take over the management of the company.

Experience outside the Group

After a few years in Groupe Rocher, Bris joined Arthur Andersen in 2000, an audit firm that has since closed. From this experience, Bris learned that in life «nothing is ever a given,» and became convinced that «the best business models are worthless if the fundamentals that ensure a company’s credibility are not respected.” 20 years later, this belief was again affirmed by adopting the status of a “Mission Driven Company” under the meaning of the French PACTE Law.

After returning to Groupe Rocher in 2003, Bris was appointed Vice- Chairman of the Board of Directors. In 2006, he officially took over the Group’s General Management. A new organization was introduced, focusing on the Brands. “The company has re-centered on its core business activities and has set up a market organization to put the consumer back at the heart of its concerns.”

From nomination to the presidency

Following the death of his grandfather in December 2009, Bris was named Chairman of the Board of Directors. At that time, he was driven by two passions: the sustainability of the family business and the concept of “love brands,” a vision inspired by Kevin Roberts, former CEO Worldwide of the Ideas company Saatchi & Saatchi. The first goal he set himself was to consolidate the family capital of the business in order to preserve its values. Since the 1970s, the Rocher family controlled only 30% of the Group, and the rest was owned by Sanofi. After profound capital changes in the early 2000s, Sanofi’s complete divestment took place in mid-2012. Today, the Rocher family owns more than 99% of the Group. This fundamental act guarantees the Group’s long-term future. His second goal was to transform the Group’s Brands (Yves Rocher, Petit Bateau, Sabon, etc.) into love brands, that is, desirable brands that are capable of accompanying consumers as their lifestyles change. Today, the Yves Rocher Brand has been at the top of the podium of favorite French brands for more than 5 years (Posternak/Ipsos barometer)

The long-term challenge is to focus on transforming the Group’s brands, while concentrating on two strategic challenges: international development and digital disruption. In order to boost the Group’s international expansion, several acquisitions have been made outside the euro zone. Finally, to face an increasingly digital world, Groupe Rocher conducted a strategic operation in January 2018. It acquired the Arbonne International brand (the Group’s second largest brand in terms of business volume). This major deal allowed the Group to adjust its geographic mix by gaining a foothold in the American market, entering a distribution channel of the future: social selling (digitalized direct sales via social networks) and strengthening its hold in the natural beauty, health and wellness products sector. The Group’s internationalization and foray into social selling is gaining momentum under the leadership of its CEO.

The company’s mission is as important as the company itself. It is no the role of companies to substitute for public policy, but in the absence of global leadership on the major issues facing society (environment, health, citizenship, etc.), they can respond more effectively and more quickly to the challenges we face. The community believes that businesses can do more. As such, leaders must initiate change rather than wait for decisions from the institutions that govern us. Companies are probably the best tool we have available to address society’s major issues. Consequently, they have a duty to undergo a transformation and become committed to action. To do so, it must adopt a mission statement that combines economic performance for the benefit of all stakeholders and consideration of the common good to ensure its sustainability. By becoming a Mission Driven Company, Groupe Rocher is writing a new page in its history: “this is the direction I have chosen to take with Groupe Rocher, which enshrined its mission statement (Reconnect people to nature) in its statutes, as defined in the French Pacte Law on October 24, 2019.”