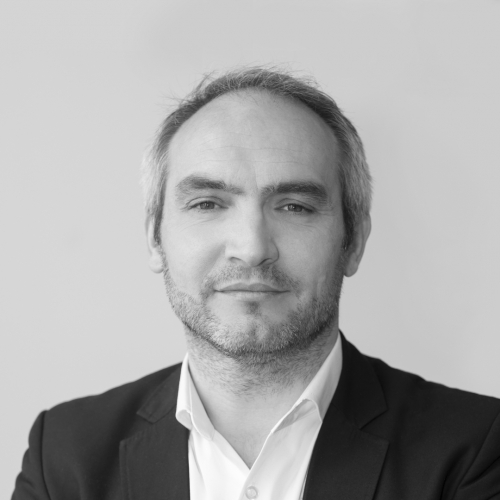 Graduate in marketing and ecommerce in 2000, Jérôme also holds an Innovation and Entrepeneurship certificate from Stanford University.

Jérôme started his professional career in a marketing research company before entering to the digital industry. First at DIgiport, where he helped a large number of companies to set up ecommerce sites. He then moved to Euratechnologies as Operational Director, which he developed and led from 2009 to 2016 until it became the 2nd European business accelerator (the 1st in France) in 2015 (3rd in 2016). He developed a large number of programs for start-ups, but also for large groups looking for innovation and permanent transformation. He has also developed a unique training program with Stanford University, which has helped more than 200 business leaders and executives from large groups.

Euratechnologies is today one of the most complete IT campuses in Europe, bringing together schools, labs, incubators, business accelerator, business hotels, fablabs, etc.

Since 2016 he joined CDiscount to lead innovation as Director of Innovation and has developed an effective open innovation policy that allows the group to test more than 50 start-ups per year, while maintaining an industrialisation rate above 70%.

He is also a mentor for many start-ups and a consultant for ETI and large groups in the development and integration of innovation.